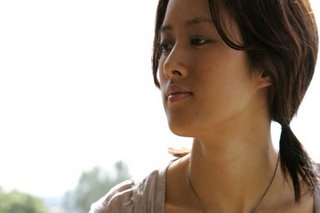 Sheik was nominated for a Grammy in 1997 for his hit "Barely Breathing" and is currently touring in support of his fifth album "White Limousine". He composed music for the gay-themed film "A Home at the End of the World" and the off-Broadway musical "Spring Awakening". Teng is a former Stanford graduate, with a degree in Computer Science now turned recording artist, who has just released her third effort entitled "Dreaming Through the Noise". She is often compared to Sarah McLachlan, and has opened shows for the Indigo Girls, Joan Osborne and Shawn Colvin.

Chop Suey is located at the corner of 14th and Madison, offering a full bar and areas to sit and stand during performances.

Sheik and Teng have both interviewed twice with the Seattle Gay News. Come watch two gifted artists perform in an intimate space tonight.
Posted by albert from SGN at 2:01 PM No comments:

The Washington State Supreme Court will issue its decision on marriage equality in the Andersen/Castle case on Wednesday, July 26, 2006.

The following events - in protest, celebration, or a combination of the two, depending on the court’s ruling - are planned for tomorrow. Equal Rights Washington will continue updating this page for the next 24 hours.

The following events have been confirmed:

Morning: Press conference with the plaintiff couples in the morning.

7:00pm: Worship service at 7:00 p.m. at Seattle 1st Baptist Church, 1111 Harvard Avenue. Organized by the Religious Coalition for Equality. All are welcome.

CONFIRMED - Spokane:
Inland Northwest Equality (INWE) will hold a gathering at 5:00 p.m. in front of the Federal Courthouse, 920 W Riverside in Spokane. Contact Krista Benson at Inland NW Equality, at 509-838-7870, or inwe@qwest.net.


We are presently confirming the following events:

Pending - Tacoma:
Gathering at 5:30p.m. at the University of Washington Tacoma. Food, drink, music and FUN will be provided. To learn more or to add your organization to the South Sound Marriage Equality Partnership email info@tuffpierce.org or call 253.272-3444.

Posted by Anonymous at 3:40 PM No comments:

From the Wasthing State Supreme Court:

Olympia, July 25, 2006-- The Washington Supreme Court has announced that a decision in Andersen v. King County, a consolidated case regarding Washington’s Defense of Marriage Act, is expected tomorrow, July 26, 2006.

The Court’s opinion including any concurrences and dissents will be available online via the Washington Courts web site at www.courts.wa.gov in an Adobe Acrobat “PDF” format.

Posted by Anonymous at 1:04 PM No comments:

It's up and ready to be read.

Our own Albert Rodriguez quizzes bassist Matt Rubano from taking back Sunday. Read it here.
Posted by Devin at 3:05 PM No comments: 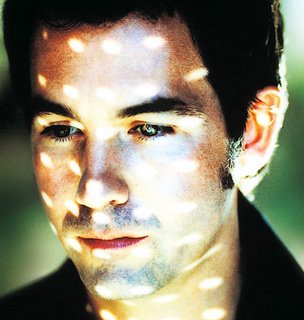 
Seattle Gay News is pleased to present Grammy-nominated artist Duncan Sheik and singer-songwriter Vienna Teng at Chop Suey (1325 East Madison) on Saturday, July 29. Sheik is touring in support of his newest release "White Limousine" (Rounder), the fifth album of his career. Teng's third effort, "Dreaming Through the Noise" (Rounder), comes out July 25. Sheik and Teng have separately interviewed with the Seattle Gay News twice, and have received considerable support from our publication over the past several years.

A preview of the Chop Suey performance will appear in the July 28 issue of Seattle Gay News. Don't miss seeing these dynamic artists in an intimate venue.

Advance tickets are available for purchase at www.ticketweb.com.


Photo of Duncan Sheik, from Seattle Gay News archives.
Posted by albert from SGN at 5:12 PM No comments: 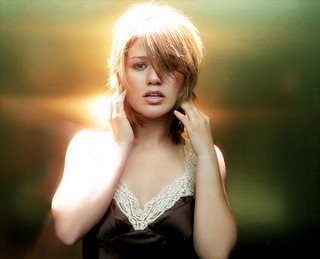 Seattle Gay News, The Broadway Grill and Sonic Boom Records have teamed up to give three Kelly Clarkson fans a sweet prize package that includes free tickets to her show next month, plus free food and gas money. All you have to do is pick out what to wear.

Enter to win at the Broadway Grill (314 Broadway East) or Sonic Boom Records (Capitol Hill location only, 514 15th Ave. E) anytime between now and July 31st. Look for the Kelly Clarkson enter-to-win box or ask an employee at either location to point you to it. One entry per person. No purchase necessary. But try quenching your thirst at The Broadway Grill with a glass of their minty iced tea or enjoy a quick, cheap bite during their afternoon and late night happy hours. At Sonic Boom Records, grab a copy of Clarkson's Grammy-winning CD Breakaway or check out new CDs by the Pet Shop Boys, Muse, Neko Case, Dixie Chicks or Arctic Monkeys. 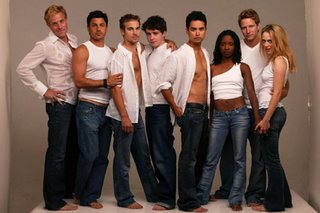 The Seattle Gay News and Purr are pleased to announce a movie ticket giveaway for a screening of "The Mostly Unfabulous Social Life of Ethan Green" July 20th starting at 9:00 pm.

Each free pass invites you and one guest to see the show at the Landmark Varsity Theatre Monday, July 24th at 7pm.
The movie, rated R, promises to be quite the rib-tickler. For more information, visit the official website: http://www.ethangreen-themovie.com/index.html

The movie will have a limited Seattle engagement starting Friday, July 28th. Don't miss it!

(Photo courtesy of official website.)
Posted by Devin at 4:25 PM No comments: 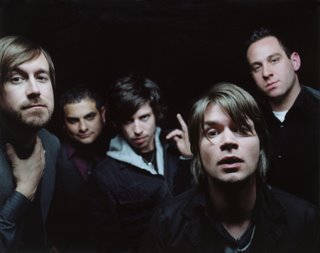 Calling all Taking Back Sunday fans, and those wanting to know more about them.

Seattle Gay News went one-on-one with Matt Rubano, bassist of the hard rock quintet Taking Back Sunday, a day after he flew back from a UK and European tour.

Taking Back Sunday's new album "Louder Now" is currently listed in Billboard's Top 200 Albums chart and features the single "MakeDamnSure". Taking Back Sunday is currently headlining a tour with Angels & Airwaves, Head Automatica and The Subways. They perform Thursday night, July 27, in Seattle at The Premier. Tickets are available via www.ticketswest.com, priced at $25.00.

Find out what Matt Rubano has to say about Nick Lachey, signing with a major record label, dirty clothes, having gay groupies at his shows, and which alternative band dedicated a song to him at one of their concerts. Also, find out what's been spinning in his iPOD lately.

Help us spread the word. Taking Back Sunday's Matt Rubano, one of rock's coolest and cutest bass players, talks with the Seattle Gay News in our July 21 issue. Grab a copy!

Photo of Taking Back Sunday taken by Derrick Santini, courtesy of Warner Bros. Records.
Posted by albert from SGN at 8:47 PM No comments: 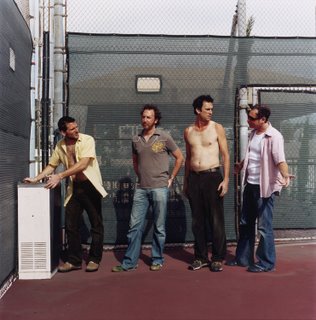 Seattle Gay News went one-on-one with Ryan Miller, lead vocalist and guitarist of the alternative pop band Guster, at a coffee shop just hours after our annual Gay Pride festivities wrapped up in downtown Seattle. We even presented colorful Pride beads to each band member to mark the festive gay-la.

Guster's new album "Ganging Up on the Sun" is currently listed in Billboard's Top 200 Albums chart, and features the quartet's current radio single "One Man Wrecking Machine". Guster embarks on a co-headlining tour with Ray LaMontagne this fall, with a Seattle date set for October 5 at the Paramount Theatre.

Ryan Miller steps inside "The Music Lounge", a weekly Arts & Entertainment section in the Seattle Gay News, this week. Grab a print copy of the newspaper on July 14 or check it out online on July 16.

Photo of Guster taken by C. Taylor Crothers, courtesy of Warner Bros. Records.
Posted by albert from SGN at 2:44 PM No comments:

The Seattle Gay News and Purr are pleased to announce a movie ticket giveaway for a screening of "The Mostly Unfabulous Social Life of Ethan Green" July 20th starting at 9:00 pm.

Each free pass invites you and one guest to see the show at the Landmark Varsity Theatre Monday, July 24th at 7pm.
The movie, rated R, promises to be quite the rib-tickler. For more information, visit the official website: http://www.ethangreen-themovie.com/index.html

(Photo courtesy of official website.)
Posted by Devin at 5:34 PM No comments:

NEW YORK - The New York State Court of Appeals refused to recognize same-sex marriage in a ruling issued on Thursday, saying the issue was a question for the Legislature to decide.

The New York case involved 44 gay and lesbian couples who filed four separate cases seeking to overturn as unconstitutional a 97-year-old state law that defines marriage as between a man and woman.

Posted by Anonymous at 7:49 AM No comments: