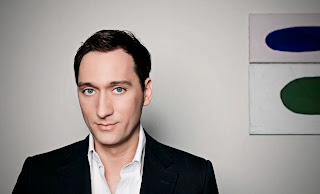 Among the world's very best DJs is Paul van Dyk, ranked #6 in 2010 by DJ Magazine on a list that included fellow marquee turntablists Tiesto and Deadmau5.

The striking German, one of the first electronic artists to ever nab a Grammy nomination in his genre, has performed on some of the biggest stages - from Coachella to the Ultra Music Festival. His current "Evolution Tour" returns him to Seattle on June 10, where he'll play a headlining set at WaMu Theater.

But before he flips open his laptop, he's talking to Seattle Gay News. The Berlin-based star is featured in a one-on-one interview in the next edition, June 3, where he voices his thoughts on Lady GaGa, hip-hop, and gay marriage.

For tickets to van Dyk's concert in Seattle, visit www.showboxonline.com
Posted by albert from SGN at 11:33 AM No comments: 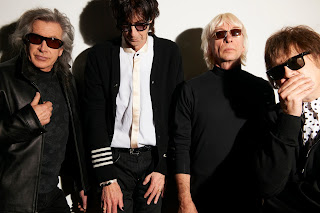 Last night was monumental. It was the national tour launch of The Cars, one of the most influential pop-rock bands in history, at The Showbox SoDo in Seattle.

The group, reunited after a 24-year breakup with 4 of its 5 original members - the fifth, Benjamin Orr, died of cancer in 2000 - played to a venue packed with enthusiastic, cheering fans.

The Cars opened the concert with "Good Times Roll" and closed with "Just What I Needed", and to find out what else they played and how good they were (or not) read our review of the show in Friday's issue of the Seattle Gay News.

A review of another sold out performance, The Kills, will also appear in our May 13 edition.
Posted by albert from SGN at 11:50 AM 5 comments: