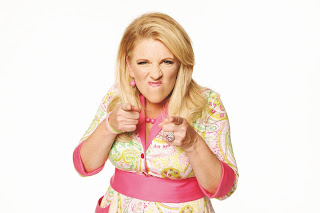 It turns out the "Queen of Mean" isn't so mean.

Lisa Lampanelli, one of the nation's top comedians, was actually very sweet when she phoned the Seattle Gay News offices recently - on the same day she was having household maintenance issues at her New York home.

Jokes aside, Lampanelli is a strong ally of the GLBT community, voicing her thoughts on gay marriage and bullying in the interview. Read it in our April 1 issue at http://sgn.org/.
Posted by albert from SGN at 12:25 PM No comments: 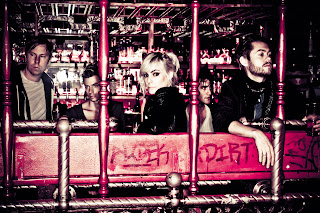 Besides those addictive mystery-thriller novels by Steig Larsson, the coolest thing to come from Sweden right now is The Sounds.

The rock-electro band, who've toured with The Strokes and No Doubt, just released their newest album, Something to Die For this week featuring the lead-off single "Better Off Dead".

Band member Felix Rodriguez phoned Seattle Gay News recently to talk about the new CD, plans for an upcoming tour and reveals what interesting souvenirs he enjoys taking back to Sweden from the group's road trips.

The Sounds interview appears in the April 1 issue of Seattle Gay News, available now on newsstands and online this weekend.
Posted by albert from SGN at 5:36 PM No comments: