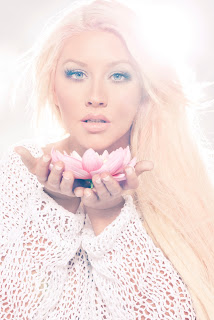 We loves us some Christina Aguilera.  And she loves us right back.

The four-time Grammy winner and star judge on the hit reality competition show "The Voice" interviews tomorrow with Seattle Gay News.  Aguilera, who corresponded with us via email, talks about her brand new album, Lotus, and about juggling multiple tasks, including motherhood and a possible upcoming tour.

With the gay marriage initiative passing in Washington State a week ago, aside from 3 other US states, we asked Aguilera what tunes she'd play if she were to DJ at a gay wedding reception - find out what two songs she'd definitely spin for the occasion.  A strong ally of the LGBT community, the bilingual recording artist also affirms that she will "ALWAYS" support her gay fans.

Lotus is available now.  The first single "Your Body" is already a solid hit in multiple countries.  Watch the video here: http://www.youtube.com/watch?v=6cfCgLgiFDM

Aguilera is set to perform this weekend on the American Music Awards, but catch her two days before in the November 16 edition of Seattle Gay News.
Posted by albert from SGN at 1:15 PM 1 comment: