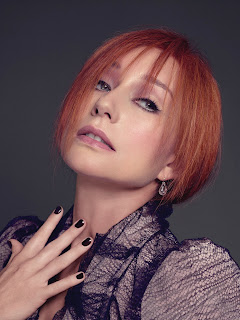 Seattle Gay News is very pleased to include a special interview with Tori Amos in our Pride weekend issue, out tomorrow afternoon (June 26).

The Grammy-nominated diva, who launches her 2009 tour schedule at Seattle's WaMu Theater on July 10, speaks out against Proposition 8 and reiterates her support for Gay marriage. She also discusses her new album, Abnormally Attracted to Sin, and the close connection she's had over the years with her non-hetero fans.

Grab a copy of tomorrow's Seattle Gay News, and celebrate Pride with us - and with Tori! For concert tickets, visit www.wamutheater.com.
Posted by albert from SGN at 8:59 AM No comments:

Seattle City Light employee Philip Irvin wants the names of gay, lesbian, bisexual and transgender (LGBT) city employees who are members of a city-sponsored club working on issues of concern to their community.

The City of Seattle concedes that they may have to release the names. Members of the LGBT club have sued to keep their names from being disclosed. They claim there is no legitimate public interest to granting Irvin's request and will infringe on people's privacy.

Irvin claims to have been discriminated against because of his conservative anti-LGBT views. He once attempted to form a city-sponsored group for "ex-Gays."

A city light veteran, who is heterosexual and spoke on the condition of anonymity, told this writer that it is not a matter of discrimination but honoring a city ordinance and internal employee policy that prohibits discrimination based on sexual orientation among other protected groups. Irvin's actions are contrary to this ordinance and policy which puts him at odds with his co-workers.

King County Superior Court Judge John Erlick could decide the case on Thursday.
Posted by Anonymous at 2:45 PM No comments: 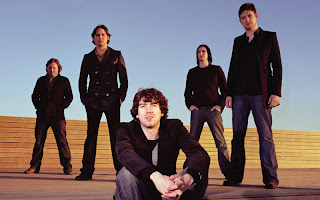 Seattle Gay News has an upcoming review of Snow Patrol's concert at Vancouver's GM Place from last weekend, and we look forward to welcoming and covering the band again in October. Tickets go on sale tomorrow for the Paramount show, 10am, at all Ticketmaster locations or try www.snowpatrol.com.

Stay glued for all things Snow Patrol at Seattle Gay News!
Posted by albert from SGN at 10:15 AM No comments:

SGN on the floor at tonight's Coldplay/Snow Patrol concert 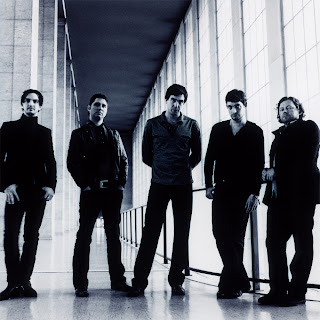 It's Albert from Seattle Gay News, in Vancouver BC for tonight's Coldplay concert with opening act Snow Patrol at GM Place.

The first of back-to-back performances took place last night, and I'm told by a father and teenage son - who are staying at my hotel (L'Hermitage Hotel, fab place to stay in Vancouver!) and went to the gig - that it's an early show - supposedly, Snow Patrol goes onstage around 7:30 or 7:45, then Coldplay jumps on at 8:15 or 8:30. Last night's concert was also being taped, as part of an upcoming Coldplay DVD special or release - not sure if tonight's show will be taped as well.

I'm told there are two excellent places to pre-funk before any concert in Vancouver, the Granville Room (957 Granville Street) and Chambar (562 Beatty Street) - so I'm hitting both on my way to the concert.

Coldplay is one of the world's most popular bands, and photos of the show were available on the Vancouver Sun's website just minutes after their performance last night. The Grammy-winning rock band is currently still touring their top-selling album Viva la Vida or Death and All His Friends. Meanwhile, Snow Patrol has kept low-key since its third US release, A Thousand Million Suns, and has ignored the West Coast almost entirely on their 2008 and 2009 tour itineraries.

I've got a floor seat for tonight's big show at GM Place - so I'm very excited. Look for a review of Coldplay and Snow Patrol's performances in the June 26 issue of Seattle Gay News!
Posted by albert from SGN at 2:51 PM 1 comment: 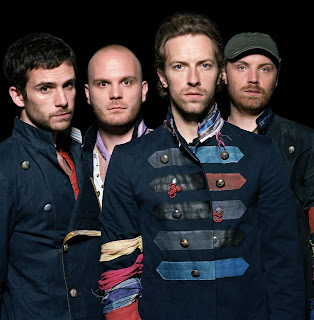 Hey, it's Albert at Seattle Gay News on a drizzly late morning in the Emerald City (after a month of no rain, it's a nice change).

I'm heading to Vancouver BC tomorrow to catch one of Coldplay's back-to-back shows at GM Place, with fellow UK rockers Snow Patrol slated as the opening act.

Safe travels if you're also headed up north this weekend. Tomorrow's outbound train to Vancouver is completely sold out, but there are Amtrak charter bus spots available. Check the "rideshare" on Craigslist for last-minute carpool opps.

If you're looking for a hotel to crash at, and not on a tight budget, I recommend Opus, Loden, Pacific Palisades, Listel, or L'hermitage. Again, these aren't budget hotels but some of them are offering great summer and/or economy-strapped specials. Tell them Seattle Gay News sent you.

I'm pre-funking at the Granville Room and Chambar right before Sunday night's performance - both are cool places to hang before or after a show.

Look for a review of Coldplay and Snow Patrol in the June 26 issue of Seattle Gay News.
Posted by albert from SGN at 10:52 AM 4 comments: 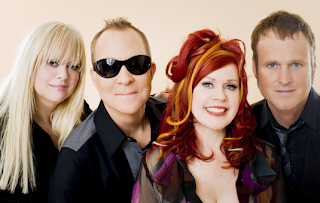 It's Albert at Seattle Gay News, excited about this evening's performance by the B-52's at Woodland Park Zoo.

The concert will take place, rain or shine - and I expect the overcast clouds to clear by this afternoon, often the case in June here in Seattle. The show is sold out, so you'll have to find any loose tickets on your own.

I'm told the B-52's will hop on stage at 6:50pm, and because of the Phinney neighborhood's noise ordinance, the concert needs to be completed by 9pm. Line-up to get into the show begins at 4pm, opening act is the 88's.

If you haven't yet been to a show at the Zoo, I recommend the following:

1 Ride the bus. Parking is limited and because the Zoo is in a residential area, post-concert traffic will be a mess. Take the #5 bus from downtown Seattle instead. You can also walk to the East side of the Zoo and catch the #358 on Aurora Ave./Int. 99.

2 Bring your own food. You're not allowed to bring alcohol into the grounds, but outside food is permitted - and with the long waits and only a few vendors, I suggest stopping at a grocery store or your favorite take-out place and bringing it in with you.

3 Warm clothes and blanket. Because the concert area is surrounded by giant trees and sunken deep into the Zoo grounds, the temperature will drop significantly no matter how hot it gets today. Come prepared with adequate clothing and a blanket, if you plan to sit on the lawn.

4 Can we dance? I hope so, though I've never been to a pop concert at the Zoo - only folk or singer-songwriter performances. It's possible that in order to not obstruct the view of anyone, those near the front of the stage will have to find an alternate location (side of stage?) to shake their groove thing. My recommendation if you wanna dance: get there early and stake a spot as close to the stage as possible to give yourself maximum options.

5 Is beer and wine available for purchase? Yes, bring cash in the event cards are not accepted.


See you at the show tonight!
Posted by albert from SGN at 9:47 AM No comments: 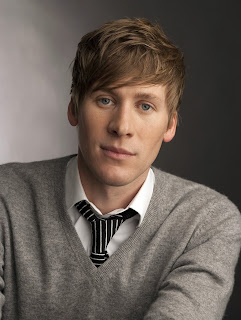 Dustin Lance Black, who gave an emotional acceptance speech at this year's Academy Awards ceremony, is the latest Hollywood celebrity figure to be xxx-posed in a pec-torial spread.

The openly Gay screenwriter of Milk is now an Internet sensation for his other work, starring in a private sex tape with an unknown male. Queen-y gossip guru Perez Hilton broke the news on his popular website with edited and non-edited pics of Black in action - you can view them at your discretion at http://perezhilton.com/2009-06-12-oscar-winner-dustin-lance-black-exxxposed

I can honestly say now that I love everything about Dustin Lance Black.
Posted by albert from SGN at 6:57 PM 3 comments: 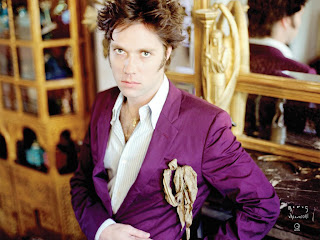 This just in: Seattle Gay News has learned that Rufus Wainwright will perform November 8 at Benaroya Hall, home of the famed Seattle Symphony. It's an excellent venue in downtown Seattle with some of the best acoustics of any modern concert hall in the country.

The Grammy-nominated artist has interviewed twice with us before, and we'll try to snag him for a third chitchat closer to show date - by then, we'll return to sipping hot coffee rather than iced.

For the freshest music news, pick up a copy of Seattle Gay News - printing every Friday.
Posted by albert from SGN at 1:35 PM 14 comments: 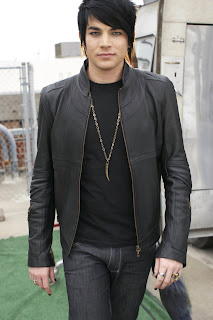 What many suspected has now been confirmed, by the actual source. American Idol runner-up Adam Lambert confirms he's gay in the newest issue of Rolling Stone magazine (www.rollingstone.com), thus marking the first time he's openly discussed his sexuality to fans and media.

Lambert and the nine other finalists of last season's popular TV show are scheduled to perform at the nearby Tacoma Dome on July 7. Seattle Gay News looks forward to bringing you coverage of Lambert's initial performance in the Seattle area - stay glued.
Posted by albert from SGN at 9:23 AM 2 comments: