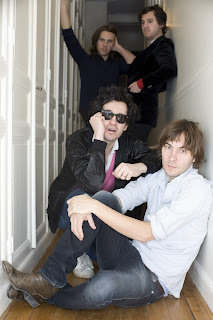 Phoenix is hot. The other Phoenix, that is.

French rock band Phoenix is celebrating a heatwave of success - a unanimously acclaimed CD titled Wolfgang Amadeus Phoenix, a Grammy nomination for Best Alternative Music Album, and a full slate of sold out concerts from Mexico to Japan to Seattle (there are no mas tickets to the group's performance this weekend at The Showbox SoDo!!!).

Seattle Gay News is thrilled to announce an upcoming interview with Paris' coolest export, Phoenix, this Friday. Lead singer Thomas Mars responds to being told (from a guy) that he's cute, tells us who he's excited to see at the Coachella Festival, and ponders the idea of what to wear to the Grammy Awards ceremony.

If you're new to Phoenix, who ranked number "Un" (that means one) on our year-end top albums list for 2009, start by watching the music video to their single "1901" right here: http://www.youtube.com/watch?v=HL548cHH3OY

Grab a copy of Seattle Gay News on January 22 and receive a big French kiss from Thomas Mars of Phoenix!
Posted by albert from SGN at 5:51 PM 5 comments: 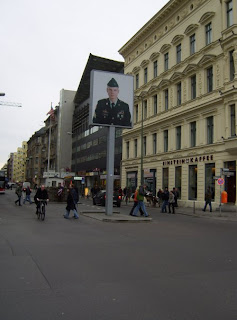 Before we close the lid on 2009, we have a few more lists to unveil. And if you're headed soon on vacation or a weekend getaway, our lists of the best hotels, restaurants, bars-lounges, visitor attractions, and spas might help in putting together your itinerary.

From the many miles Seattle Gay News writers traveled last year, we've selected some outstanding places and things to do. So grab a copy of our January 22 issue and find out what we chose as the Best of Travel 2009.

Pictured: Checkpoint Charlie in Berlin (photo by Albert Rodriguez)
Posted by albert from SGN at 2:13 PM No comments:

Seattle Gay News picks 50 best albums of the past decade 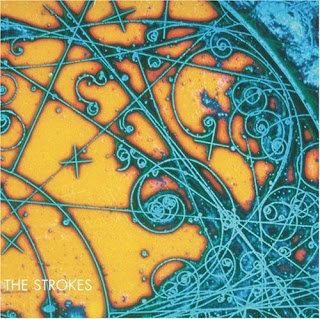 Is This It by The Strokes was chosen as the Best Album released between 2000 and 2009 by Seattle Gay News. The list, published in the January 1 issue, includes Beck, M.I.A. Death Cab for Cutie, Fleet Foxes, and The Killers to name a few.

Click on this link to see the complete list: http://sgn.org/sgnnews38_01/page22.cfm
Posted by albert from SGN at 11:07 AM No comments:

Soundgarden reuniting? Quite possibly for 2010 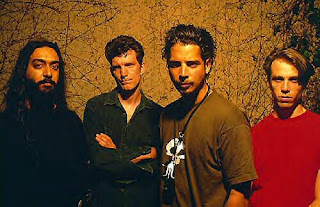 Big, make that, HUGE music news out of Seattle right now. Grammy-winning rock group Soundgarden could be reuniting this year, according to lead singer Chris Cornell who recently Tweeted, "The 12 year break is over & school is back in session".

Unless the hot vocalist-guitarist, who's interviewed with me twice in the past three years, is talking about some other band or project we're unfamiliar with, it looks to signal the second coming of Soundgarden.

When I know more, you will too. Check out my weekly news column "The Music Lounge" for fresh music buzz.
Posted by albert from SGN at 12:49 PM 1 comment: