In a matter of a couple days in 2006 Ted Haggard went from being the founder and pastor of Colorado’s New Life Church and president of the Association for Evangelicals – a man with a hotline to the President of the United States – to the biggest pariah on both sides of the gay equality question.

Haggard’s community of evangelicals – his whole world – dropped him faster than a lead balloon. A common tactic when one of their so called “ex-gays” comes to their senses regarding their own homosexuality or bisexuality. So much for love the sinner, hate the sin!

The gay community wasn’t very keen on picking him up either because while his evangelical buddies were claiming gays were responsible for everything from the decline of heterosexual marriage and, even, Hurricane Katrina, Haggard sat back smugly and said nothing. In addition, he condemned homosexuality at the same time he was hooking up with a male prostitute and seeking methamphetamine.

As a caring compassionate human being, I don’t like to watch people implode. However, I must admit to experiencing some mild pleasure from the events that transpired that November of 2006. Hypocrisy was on display for the world to see and was a reminder for any others who sought to live their life under a similar cloak.

Now, Haggard’s talking publicly about his big secret and answering new allegations that he took advantage of a young church volunteer who was questioning his sexuality. I don’t question his intentions, although many do.

I watched his appearances today on CNN’s Larry King and ABC programs Nightline and World News on Wednesday. In each he apologizes to the gay community. He basically says that he thinks being gay is a sin “for me” and that he doesn’t think being gay is any more a sin than other sins. His wife Gail told Larry King that if they had a gay child they would talk it through.

Until Haggard comes the realization that being gay or “mostly straight with complications” is not only NOT a sin, but a blessing from the creator, than he is not truly free to be who God intended. Furthermore, I refuse to accept his apology until it comes without conditions.

I couldn’t care less if Haggard chooses to remain in his marriage. I think he’s on the right track by cutting back on the lies he once told to himself about his feelings. I am concerned that he may have surrounded himself by spiritual advisors and counselors who adhere to the view that homosexuality can be cured or is a disease like Alcoholism which only abstinence can cure.

In 2005, I attended the Focus on the Family “Love Won Out” conference at the Northshore Baptist Church in Bothell aimed at helping gays to leave their “lifestyle.” The speakers talked about parental attachment disorders and the power of God to heal one’s “sexual brokenness.” All I saw was a lot of scared kids being misled by unqualified and discredited “counselors” who knew more about fundraising than the practice of counseling. Everyone was hawking a book, a self-help system or retreat/treatment center.

The truth is that life is only worth living when we have the ability to just be who we are, who God intended us to be. So my advice to Haggard and anyone wrestling with their sexuality is to lose the cloak, forget the money-grubbing “ex-gay” folks, and hire yourself some real spiritual advisors who will help you get closer to God and a licensed therapist, psychologist or psychiatrist who will help you understand yourself.

If you haven't heard enough from Haggard, he is the focus of a new HBO documentary that airs this month titled, "The Trials of Ted Haggard." If you've seen it, let us know what you think?
Posted by Anonymous at 11:54 PM No comments: 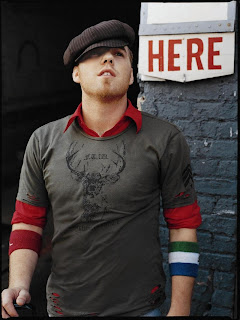 Seattle Gay News is pleased to announce an upcoming interview with talented songwriter-musician Marc Broussard. The Louisiana native is an active recording artist, touring performer and philanthropist - having donated all proceeds of his Bootleg to Benefit the Victims of Hurricane Katrina to post-disaster relief efforts.

On the road promoting his new album Keep Coming Back, Broussard is set to perform January 24 at The Showbox Market (www.showboxonline.com). His interview with Seattle Gay News, the first with our publication, prints in tomorrow's issue, January 23.

Grab a copy of the SGN tomorrow or this weekend and get familiar with Marc Broussard, and ear-sample his music at www.myspace.com/marcbroussard.

Portland's Mayor Sam Adams, the first openly-gay mayor of a major metropolitan city, admitted on Tuesday to having a brief sexual relationship with a 18-year-old in 2005. He had asked the young man to lie for him and deny the relationship publicly.

I want to publicly acknowledge a mistake I have made and I want to apologize for it.

I lied at the time because I was afraid that people would believe untrue rumors, being circulated by an undeclared mayoral opponent, that I had broken a law involving sexual relations with a minor. But this is not a good excuse.

Until today, with the exception of Beau, I have not discussed with anyone the true nature of my relationship with him: not with my colleagues, staff, friends or family.

Video of press conference: Click here.
Posted by Anonymous at 8:12 AM No comments:

Gene Robinson, the first openly-Gay Episcopal bishop, delivered the invocation at the kick-off Presidential Inaugural event on Sunday, but you may not have seen it -- at least on HBO's coverage. According to HBO, the Presidential Inaugural Committee decided to put the event in the pre-show festivities. One LGBT-allied blogger, TV Barn, addressed the issue. For those of you who missed it, here is video courtesy of Christianity Today Magazine:

Posted by Anonymous at 10:46 AM No comments: 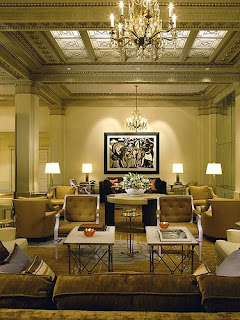 On January 2, Seattle Gay News revealed its first-ever picks for the Best of Travel. Arts & Entertainment writers Albert Rodriguez, Richard Kennedy, Ron Anders and Jessica Price collaboratively chose the best hotels, restaurants, bars and spas from various trips they embarked on in 2008. Below are the lists grouped by category, in alphabetical order, of these selections.

Visit www.sgn.org, scroll down and click on the January 2 issue (A&E section) for details on any or all of the below. Seattle Gay News publishes travel features on regional, national and international destinations throughout the year. Pictured: Hotel deLuxe lobby in Portland, Oregon.

Posted by albert from SGN at 7:24 PM No comments: 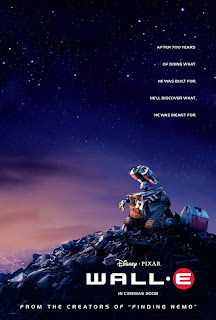 Seattle Gay News is pleased to reveal its choices for the Best of Film 2008. Film writers Sara Michelle Fetters and Scott Rice published individual lists in back to back issues, December 26 and January 2. Below are their top ten selections. Visit www.sgn.org to read blurbs on each of these films and to find out Sara's and Scott's picks for the year's worst.

1 The Dark Knight
2 Encounters at the End of the World
3 Full Bottle Throttle
4 JCVD
5 Let the Right One In
6 Mamma Mia!
7 Mongol
8 Paranoid Park
9 The Pool
10 Slumdog Millionaire 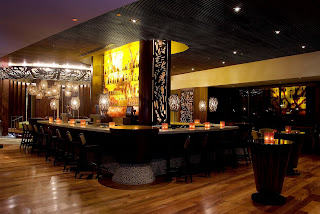 Seattle Gay News is proud to feature its first-ever Best of Travel in this week's issue, out now. One of a few gay publications in the entire country with in-house travel writers, Seattle Gay News reveals its picks for the Best Hotels and Overnight Stays, Restaurants, Bars-Lounges, and Spas from the many places visited in 2008.

If you travel often, for leisure and/or business, or are planning an upcoming trip - grab a copy of the January 2 issue of Seattle Gay News or view it online (www.sgn.org) to find out what hotels, diners, hotspots and spas made the list of the year's best.

In the weeks ahead, Seattle Gay News will include travel features on Willows Lodge, Las Vegas' remodeled Treasure Island, and what's hip and new in nearby Portland. For first class travel coverage, stay glued to Seattle Gay News.

Best of Travel 2008 out now. Pictured: Rumfire in Honolulu.
Posted by albert from SGN at 10:59 AM No comments: