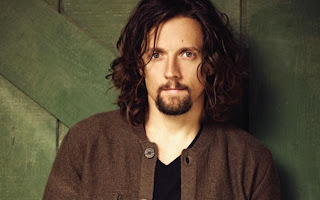 When the two-time Grammy winner descends to the Hawaiian island of Oahu this weekend, Seattle Gay News will be there to welcome him.

Mraz will open his North American tour at Honolulu's Waikiki Shell on July 1, coming directly from Asia, where he wowed audiences in Taiwan, South Korea, Indonesia, Thailand, Hong Kong and Singapore.  The Hawaii date begins a four month-long itinerary around the US and Canada, followed by a European jaunt late in 2012.

Love is a Four Letter Word is the latest release from Mraz, a longtime LGBT community ally and dear friend of Seattle Gay News - he's interviewed with us three times, going back to 2003 when he was a just a pup.  Since then, we've reviewed his concerts in various settings from The Crocodile to the 5th Avenue Theatre to the observation deck at the Space Needle.

The Waikiki Shell is located at the far end of Waikiki Beach, inside Kapiolani Park and across from the city's zoo.  Those unable to squeeze into the amphitheater-like venue, which has reserved seating and a spacious lawn for general admission, will often picnic outside the Shell as the sound easily drifts beyond the enclosed quarters.  The concert venue is also within a ten-minute walk from Honolulu's premiere gay bar, Hula's (www.hulas.com).

Some tickets may still be available for the show, so visit www.ticketmaster.com for information.

Look for a brief wrap-up of Jason Mraz's performance right here on this blog, sometime next Monday or Tuesday.  And, a full review of the Honolulu show will be in next week's issue of Seattle Gay News.
Posted by albert from SGN at 1:38 PM No comments: 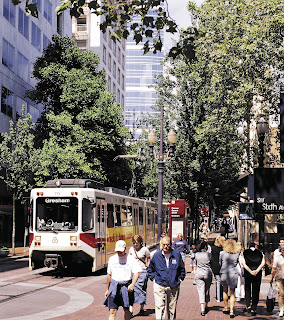 Want to see the world?  Start with some inspiration and tips from Seattle Gay News.

We recently made transpacific and transatlantic journeys to Asia and Europe, respectively, and found amazing places to eat, drink, relax and visit.  Specifically, our travels took us to Tokyo - one of the largest cities on the entire planet - and to Brussels, the Belgian capital with only 145,000 residents in its city core area.  Both destinations really wowed us.

Similar treks were made within the US and the Pacific Northwest  to New Orleans, Portland (Oregon) and Port Ludlow.

Whether you're looking to get away for just a weekend or an entire 7-day adventure, you might find some ideas in our newest travel issue now online: http://sgn.org/sgnnews40_24/pdf/Section3%20TRAVEL%2006-15-12%20WEB.pdf

From us to you, have the greatest summer!

Pictured: Downtown in Portland, Oregon (courtesy of Travel Portland)
Posted by albert from SGN at 12:51 PM No comments: 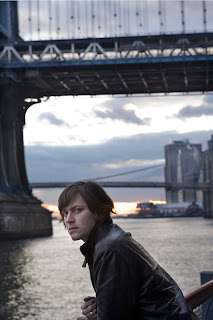 Back off, he's taken.

Handsome rock star Rhett Miller is spoken for.  Plus, two little ones running around at home.  But on the bright side, he's one of the nicest guys on the music scene who gives a resounding "Hell yes!" to gay marriage.

Miller, both a solo artist and group leader for Old 97's, has a brand new album out entitled The Dreamer and is touring nationally to promote it.  His itinerary includes a performance next week in Seattle (June 22, The Crocodile).  His live sets are said to include music from the just-released album, Old 97s catalog favorites, and songs from 2002's The Instigator.

Seattle Gay News caught up with the native Texan this week, and he provided us with tidbits on The Dreamer and his touring band, his favorite memories of playing in the Emerald City (a famous comedian once stripped at his show), and he expands on his approval for same-sex marriage.  He also tells us what goes into his suitcase when heading out for a big tour.

Our interview with Rhett Miller prints Friday, June 15.  Grab a print copy tomorrow in the Seattle metro area, or look for it online at http://sgn.org/ over the weekend.

For more on this artist, go to http://www.rhettmiller.com/. And, for details on his Seattle concert, visit http://thecrocodile.com/.

Tokyo through the eyes of Seattle Gay News 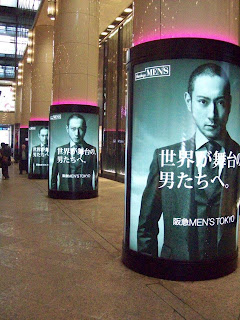 It's one of the largest cities in the entire world.  It's a place with incredible history, arts & culture, cuisine, and believe it or not, a thriving gay scene.

Tokyo is a focal point of Seattle Gay News' upcoming Summer Travel issue.  We spent hours walking the streets of this massive city, spending a night at the famous Park Hyatt Tokyo (where the Oscar-winning movie Lost in Translation was filmed) and roaming through an all-men's shopping mall.  Of course, we also scoped out the growing gay area of Shinjuku Ni-chome.

There are so many things to see and do in Tokyo, and though it is pricey, there are some options that require little to no money, such as visiting the Imperial Palace, strolling through Yoyogi Park, or having a cup of Starbucks coffee across from the Shibuya train station to see hundreds of people criss-crossing each other in what locals call "the scramble" (featured in another Academy Award-winning film Babel).

If you've always been fascinated with Tokyo, or Japan in general, we invite you to grab a copy of Seattle Gay News tomorrow (June 15) and gather some ideas/tips on where to stay, what gay bars to dance and/or drink at, and where to go shopping.  We even included information on the country's first-ever gay tour company.  Our special travel section will go online this weekend, or soon thereafter, at www.sgn.org.


For more information on Japan, go to www.Japantravelinfo.com.

It's a city sometimes overlooked by European visitors, who make a beeline for Paris and London.  But the city of Brussels is just too beautiful and fun to ignore when traveling overseas. 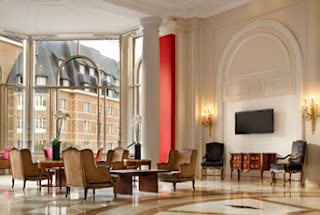 Seattle Gay News spent four days in the Belgian capital recently, soaking up as much of the culture, gay nightlife, attractions and incredible food as we could.  What's great about Brussels is its size, home to only 145,000 people (within the city proper boundaries), making it super easy to navigate around day or night.

One of the gay-friendliest and safest destinations in Europe, Brussels' centralized location allows for a perfect overnight or weekend excursion when visiting other nearby places.

In our upcoming Summer Travel issue (Pride edition, June 15), we'll provide information on how to get to Belgium from Seattle, where to stay and recommendations on terrific local restaurants and gay bars.  It will also be available online at www.sgn.org shortly after June 15.

If you've never been to Brussels before, get a glimpse of it with Seattle Gay News next week!


Posted by albert from SGN at 7:09 PM No comments: 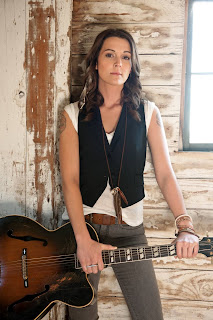 She's the voice behind that General Motors TV commercial.  And, she's a gifted singer-songwriter who just performed on the same stage, same night as Willie Nelson and Norah Jones.

Brandi Carlile, a Seattle area-based artist, has gradually built a solid fan base from scratch.  She literally went knocking on doors at the start of her career, asking club owners if they'd let her play at their bars.  It paid off, as she's now signed to a major record label and has recently made the late-night talk show rounds.

Carlile gets into the Pride spirit this year with a one-on-one interview with Seattle Gay News, printing on June 22 in our special Pride Arts edition.  In the interview, she discusses her memories of attending and performing at Seattle Pride, recent concerts she saw that blew her away, and tells us why she thinks it's important that fellow entertainers come out when they're ready to.

And be sure to grab a copy of Seattle Gay News on June 22, featuring Brandi Carlile.
Posted by albert from SGN at 5:20 PM 1 comment: 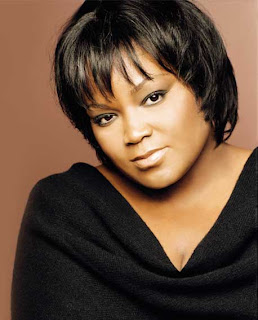 Yes, the skies are gloomy and the air is balmy.  Yes, the rent is due.

But you can't miss one of the best blues vocalists in the biz-ness.  We're talking about Shemekia Copeland, who performs this weekend at Dimitriou's Jazz Alley, http://www.jazzalley.com/.

Seattle Gay News first felt the mighty presence of Copeland at the 2003 Bumbershoot Festival, when the acclaimed songwriter-performer was hand-plucked by Bonnie Raitt to join her for a "Tribute to Rhythm & Blues" that also featured another female powerhouse, Ruth Brown.  It was a divine evening, to say the least.

On Copeland's debut album, Turn Up the Heat!, she was preaching to the choir when she wailed on songs like "Has Anybody Seen My Man?", "Salt in My Wounds" and "I Always Get My Man".  Sister, we can relate.

"When a Woman's Had Enough", "It's 2am", "Ghetto Child" and  "Wild, Wild Woman" are a few more gems to flourish from Copeland's professional recording career, nearing a fifteen-year anniversary.  Turn Up the Heat! came out in 1998.

The winner of 7 W.C. Handy Awards and "Queen of the Blues" titleholder, as crowned by the daughter of its predecessor Koko Taylor, Shemekia Copeland will be performing 5 sets this weekend - 7:30pm and 9:30pm tonight and tomorrow night, and one show on Sunday evening at 7:30pm.  Her four-person band is comprised of Arthur Neilson (guitar), Kenneth “Willie” Scandlyn (guitar), Kevin Jenkins (bass) and Morris Roberts Schonhorn (drums).


Her most recent album of original material was 2009's Never Going Back.  Some of the songs from that release might be played during her Seattle run, though she'll likely pepper her set lists with music from all of her recordings.


Dimitriou's Jazz Alley is located in downtown Seattle with a fully-operational restaurant and bar.  The venue is intimate and sunken-level, the ambiance is polished and inviting.  Their seasonal menu now features Washington halibut, Columbia River salmon, and Yakima-grown asparagus.


Shemekia Copeland is not to be ignored this weekend here in Seattle.  This is a woman whose opened for the Rolling Stones, whose shared the stage with B.B. King, whose headlined some of the biggest and baddest blues festivals.  So, come get your blues fix!