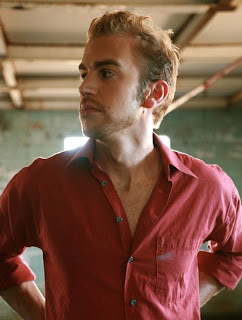 Which jazz artist might be headed to a live theater stage? Spencer Day, possibly.

The young performer, a Billboard top ten 10 artist on the strength of his major debut Vagabond, has relocated to New York and is expanding his career resume to hopefully include some work on Broadway or the West End.

Find out what else this dynamic performer told us when he interviewed with Seattle Gay News in our October 22 issue, available now online at www.sgn.org. Day will perform back-to-back nights at Dimitriou's Jazz Alley, in Seattle, on October 26 and 27 - call (206) 441-9729.
Posted by albert from SGN at 10:52 AM No comments: 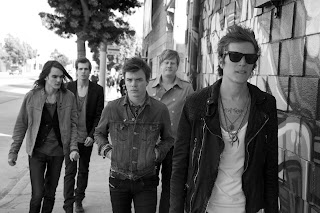 What do you call a new five-piece band from Arizona? The Maine. Seriously, that's their name.

The pop-rock outfit, currently between UK and North American tours, is enjoying a wave of success following the release of their debut album, Black & White. The first date on the group's upcoming two-month road outing is October 19 at The Showbox Market in Seattle.

Lead singer John O'Callaghan spoke with Seattle Gay News via email, while The Maine was overseas in England. His interview is featured in this week's issue (October 15). O'Callaghan shares his pick for best album of 2010 (thus far) and reveals what band member leaves the most personal belongings in hotel rooms.
Posted by albert from SGN at 12:50 PM 2 comments: 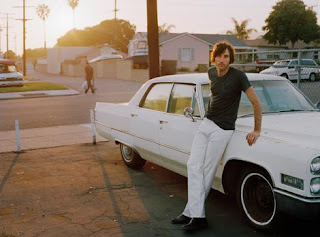 How long did it take to record his new album, Mobile Chateau? Does he keep any of the little gifts that fans bring to his shows? What goes into his suitcase before he heads out on tour?

The answers to these questions - and an interesting admission to what Matt Costa wears underneath his jeans - are in this afternoon's edition of the Seattle Gay News when the singer-songwriter interviews with us a second time.

Costa is currently on tour, landing in Seattle on October 20 at El Corazon.
Posted by albert from SGN at 10:18 AM 1 comment: 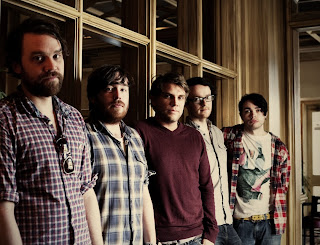 Look who it is...one of our favorite Scottish bands (ever) Frightened Rabbit!

Scott Hutchison, while reclining in his humble estate (flat, actually) in Edinburgh, spoke to Seattle Gay News by phone ahead of the group's upcoming tour, which launches in Seattle on October 7.

Search and find the interview in this week's issue of the Seattle Gay News, on the street and online (http://www.sgn.org/). And, catch Frightened Rabbit live at The Showbox SoDo on Thursday night - we'll be there!
Posted by albert from SGN at 2:50 PM No comments: