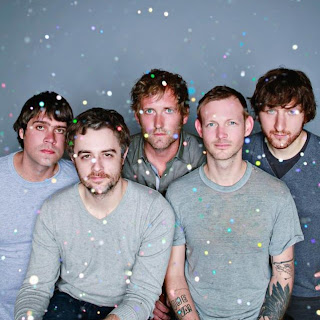 Indie pop-rock band Minus the Bear will introduce fans tonight to songs from their new album, Infinity Overhead, which releases tomorrow.

The Seattle-based group, known nationally and overseas, will perform at Comet Tavern (922 East Pike), a small rock bar in our city's Capitol Hill district.  Proceeds from tonight's performance will be matched and donated to Washington United for Marriage, a campaign to have gay marriage legalized in the Evergreen State in November.

Doors open at 9pm.  No advance tickets will be available, so arrive early.  $10 admission is payable at the door.  Helms Alee is scheduled to open the concert.

Minus the Bear also plays a free in-store gig at Easy Street Records (20 Mercer Street) in Seattle tomorrow, August 28, starting at 7pm.
Posted by albert from SGN at 3:30 PM 2 comments: 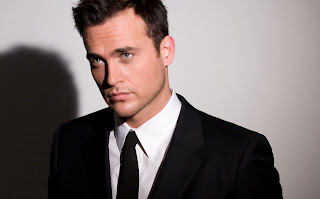 He acts in films, he acts on television, he acts on Broadway, he sings, and he writes songs for himself and other artists.  There isn't much Cheyenne Jackson doesn't do.

The openly gay performer is currently filming Steven Soderbergh's Liberace movie (Behind the Candelabra), which also includes Michael Douglas, Matt Damon, Rob Lowe and Dan Ackroyd.  This follows an NBC pilot he recently completed and a pair of indie films he starred in this year, Price Check and Lola Versus.

Jackson, a former Seattle resident, also released two music singles, "Drive" and "Before You" that will appear on an as-yet-titled EP or full-length album.

In the midst of a very busy schedule, Jackson spoke to Seattle Gay News from his New York City home.  The interview is part of our newest weekly issue, August 3.  Grab a print copy in the metro Seattle area or look for it online at http://www.sgn.org/ as early as August 4.

Here is the link to Cheyenne Jackson's video for his single "Before You": http://www.youtube.com/watch?v=trJgt_xjSaI
Posted by albert from SGN at 9:09 PM 1 comment: