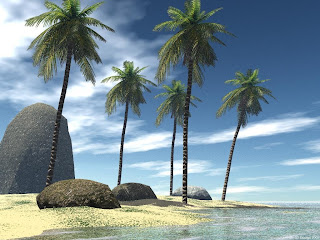 Deciding where to go on vacation? Start here.
Seattle Gay News is pleased to present this year's Gay and Lesbian World Travel Expo (also known as Gay Life Expo) tomorrow afternoon, March 29, at the Red Lion Hotel in downtown Seattle. Expo time is 4 to 8pm.
Pick up travel brochures from various destinations, like Tahiti, Key West, Vancouver BC, Spain, Germany, and many more. Travel professionals, including airline representatives, can assist you with information on tour packages and specific details on places of interest.
Admission is free with a copy of the Expo advertisement in the March 23 and March 30 issues of the Seattle Gay News. As a sponsor of the event, we look forward to meeting you in-person, so stop at our table and enter-to-win a free stay at the Sandman Suites or dinner-for-two at The Broadway Grill.
The Red Lion Hotel is located at 1415 Fifth Avenue, in downtown Seattle, across the street from the City Centre building. Limited paid parking is available in the hotel garage. Limited complimentary beverages will be available. The Expo takes place in the Emerald 1 Room, on the third floor of the hotel.
Posted by albert from SGN at 3:52 PM 1 comment: 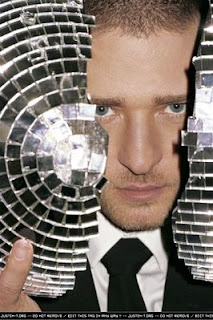 Seattle Gay News has learned that multi-Grammy winner Justin Timberlake will perform at the Tacoma Dome in September.
Get information about the show, including ticket price and on-sale date, in "The Music Lounge" column inside this week's edition of the Seattle Gay News, out on March 30. Timberlake's monstrous hit "My Love", featuring T.I., made our year-end list of 2006's best singles/tracks and won a Grammy last month for Rap-Sung Collaboration.
Posted by albert from SGN at 12:39 PM No comments:

Patty Griffin in "The Music Lounge" this week 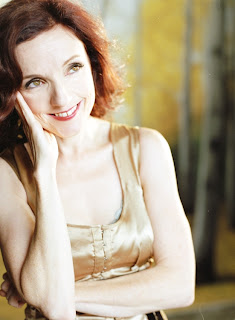 Seattle Gay News is pleased to feature an interview with Grammy-nominated folk artist Patty Griffin in this week's issue, hitting the streets tomorrow (March 16).
Griffin is currently on tour promoting her latest disc Children Running Through featuring the gorgeous ballad "Heavenly Day". Her itinerary includes a date in Seattle, March 19, at the Moore Theatre.
Grab a copy of the Seattle Gay News tomorrow and hear what Patty Griffin has to say inside "The Music Lounge".
Posted by albert from SGN at 3:09 PM No comments:

Arctic Monkeys coming to Seattle in May 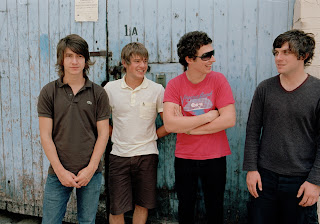 Seattle Gay News has learned that UK's famed foursome Arctic Monkeys will perform at The Showbox on May 3. A ticket pre-sale begins tomorrow (7am PST) on the band's official website, www.arcticmonkeys.com, and www.theriotvan.com.
Arctic Monkeys have been a heavy favorite of the Seattle Gay News since the pre-release of their remarkable debut Whatever People Say I Am, That's What I'm Not (SGN's Top Ten Albums/CDs, 2006), featuring the single "I Bet You Look Good on the Dance Floor" (SGN's Top 25 Singles/Tracks, 2005). The punk quartet was nominated for two Grammy Awards and won a number of accolades overseas in the past year.
This concert will sell out super fast, so we recommend getting tickets ASAP. Tickets for the general public go on sale March 16.
Posted by albert from SGN at 12:36 PM No comments:

Seattle – Seattle Out and Proud (SOaP), organizers of Seattle Pride, is proud to announce that the 33rd Annual Pride parade & festival will be held on Sunday, June 24th 2007.

“SOaP was able to negotiate a plan with Seattle Center that will take care of our past bill with them and move Seattle Pride into the future with the Center as a long-term home,” said Seattle Out and Proud President Eric Albert-Gauthier. As part of that plan, SOaP has brought in Independent Event Solutions (IES), a local special event promoter / organizer to help us produce the event at Seattle Center . SOaP and its board will maintain full control of the programming and vision of the festival, but will have professionals to help execute these in a top rate, financially stable fashion.

SOaP's board will now be working hard to unite the whole community around Seattle Pride '07. We need the community to support the event and the event to support the community. With the burden of the event production lifted from us, we will be able to devote more time and resources to making the parade more exciting, raising funds for the parade and the Pride celebration at the Center, building community partnerships, and thinking of new ways to celebrate Seattle 's LGBT community over the whole month of June.

“We apologize for the hard road we have had to go down with the whole community to get to this point. We have made some mistakes, but have done so with the best intentions. We have worked hard, struggled, fought, cried, and have learned a lot in the process,” said Seattle Out and Proud Vice President Weston Sprigg. We'd like to thank Seattle Center and the LGBT community for their 'tough love' and for helping us move into the future with a better plan. We expect to be held to a high standard and believe the community has every right to expect SOaP to represent you in the best possible light. As always with a struggle, we are coming out stronger, wiser, and more capable of doing great things.

We already have a lot to celebrate in 2007 with the Washington State Senate passing the Domestic Partnership bill. We hope this will lead to full equal rights for the LGBT community. SOaP believes that Seattle Pride will not only be a great celebration of progress towards this goal, but will also play an important role in it.

Please visit www.SeattlePride.org for more information, updates, and to join us in making 2007 the best Pride Celebration the Northwest has ever seen. Seattle Pride 2007 - Come Together!

Posted by Anonymous at 2:15 PM No comments:

From a Seattle Center Media Advisory:

Seattle Center has come to a tentative agreement with Seattle Out and Proud to settle its outstanding debt for the 2006 Seattle Pride Festival.

2. Production of a one-day festival in 2007 on Sunday, June 24 to coincide with the parade.

3. Seattle Out and Proud's hire of professional event planners.

4. Seattle Out and Proud's hire of a sponsorship development firm.

5. Seattle Center will have oversight of the 2007 festival budget.

"We are pleased that we could come to an agreement with SOAP to pay their 2006 debt and ensure that there will be a Seattle Pride Festival this year at Seattle Center," said Seattle Center director Robert Nellams. "This is a win-win situation for the center and for the community."

More Information: http://www.seattlecenter.com
Posted by Anonymous at 6:03 PM No comments: 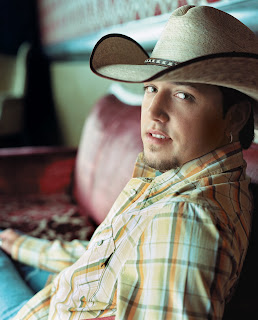 Saddle up to your nearest Seattle Gay News distribution stand tomorrow and read what country artist Jason Aldean has to say inside "The Music Lounge".
Aldean opens for platinum-selling trio Rascal Flatts at the Tacoma Dome on Sunday night, March 4. His self-titled debut is currently #21 on Billboard's country music albums chart, and features the hit single "Amarillo Sky". Watch the video for the song here: http://youtube.com/watch?v=xSX2SoBd1RE
In 2006, Aldean was awarded the Top New Male Artist trophy at the industry's prestigious Academy of Country Music (ACM) Awards. His sophomore project is slated for a May release.
If you like hot cowboys who can play guitar and sing with a Southern twang, then get familiar with Jason Aldean in tomorrow's issue (March 2) of the Seattle Gay News.
Posted by albert from SGN at 3:07 PM No comments: