The Seattle Gay News first broke the news that Seattle Out and Proud, organizers of the downtown Gay pride parade, still owed the City of Seattle for its use of the Seattle Center for post-parade festival in 2006.

Now, the city has filed a lawsuit in King County Superior Court on Monday seeking repayment, interest and attorney's fees. The total sought thus far is approximately $125,000 but could rise as the city incurs additional legal expenses.

The Stranger reports that SOaP made 13 payments totaling $10,200 and that the organization tried to negotiate a workable payment plan with the city for the last two and a half years.

The post-parade pride festival at the Seattle Center is now run by a private company.
Posted by Anonymous at 4:21 AM 2 comments: 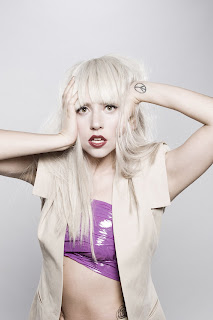 The hottest artists talk to Seattle Gay News - and this means, of course, a chat with music's hottest new diva Lady GaGa.

Since mid-summer of 2008, the dance-pop star has been on an international roll with her everlasting single "Just Dance" and its follow-up, "Poker Face". A Grammy nomination, current top ten Billboard album and sold out concerts in every city, including her upcoming show in Seattle on March 16, have incredibly boosted the radar status on this dynamite recording artist and live performer.

Her gay fans love her, and we're happy to share this brief-yet-cute exclusive with them. Our interview with Lady GaGa prints on Friday, March 13.