Coming up: interview with a Stroke 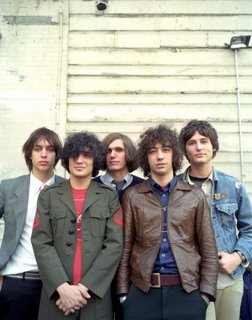 Which band member of The Strokes recently went one-on-one with the Seattle Gay News?

Pick up a copy of this week's issue, hitting the streets tomorrow afternoon, and find out inside "The Music Lounge" column.


Photo of The Strokes, courtesy of RCA Records.
Posted by albert from SGN at 12:35 PM No comments:

On behalf of the entire staff of the Seattle Gay News, contributing writers and our community partners; we wish you happy holidays!
Posted by Anonymous at 2:59 PM No comments:

SGN's Best Albums and Singles of 2006

Seattle Gay News reveals its picks for the best albums and singles of the year, featured in this week's "Best of Music 2006" special segment of the newspaper's Arts & Entertainment section. Pick up a copy at your nearest coffee shop, bar-lounge, or favorite hangout spot, and view our full list of the year's best music choices. 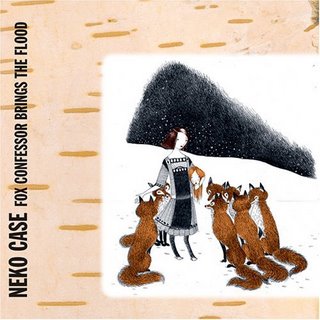 1 Fox Confessor Brings the Flood - Neko Case
2 With Love and Squalor - We Are Scientists
3 Whatever People Say I Am, That's What I'm Not - Arctic Monkeys
4 Carnavas - Silversun Pickups
5 Wolfmother - Wolfmother
6 The Eraser - Thom Yorke
7 Taking the Long Way - Dixie Chicks
8 Everything All the Time - Band of Horses
9 We Were Here - Joshua Radin
10 Cansei De Ser Sexy - CSS 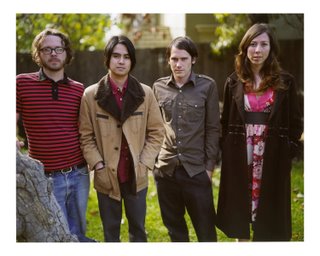 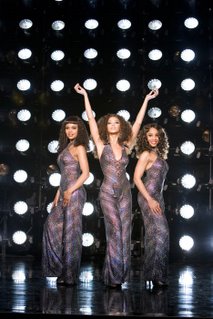 Due to the widespread power outage last week, some distribution points did not receive copies of the Seattle Gay News until Saturday or Sunday, making it impossible to get to our Dreamgirls movie pass giveaway at Manray.

We've saved passes for anyone still wanting to go to tonight's screening, which begins at 7pm in downtown Seattle. You can pick up a free pass at the Seattle Gay News office - 1605 12th Avenue (corner of Pine and 12th Avenue, in the same building that houses the WA State Liquor market). Go to Suite #31.

Each pass admits two people to tonight's screening. Please make sure to be at the theater no later than a half-hour before showtime, as we're expecting a full house.


Photo of Dreamgirls, courtesy of Dreamworks Pictures.
Posted by albert from SGN at 11:56 AM No comments:

It's beginning to smell a lot like... awards season! The Golden Globe nominations, the precursor to everything Oscar, were announced bright and early this morning. Here's where you can find the complete list of nominees: http://www.hfpa.org/news/id/42

On the big picture front, I'm a little surprised that Emilio Estevez's Bobby made it into the noms, while Clint Eastwood's much-touted Letters from Iwo Jima didn't make the cut. From all acccounts Letters is Eastwood's masterpiece; he received two - count 'em, two - nominations in the Director category (the 2nd for Flags of Our Fathers), a first in Globes history. Letters did receive a nom for best Foreign Language flick.

Meanwhile, Leonardo DiCaprio will also compete against himself as Best Actor in a Drama (for The Departed and Blood Diamond, also a first for the Globes). Early favorites Forrest Whittaker (Actor Drama, The Last King of Scotland), Helen Mirren (Actress Drama, The Queen) and Jack Nicholson (Supporting Actor Drama, The Departed) all made it in, while on the comedy side Chiwetel Eijofor (Kinky Boots) edged out Will Ferrell (Stranger Than Fiction) and Toni Collette, not Abigail Breslin, got the best actress nom for Little Miss Sunshine. 9/11 was completely shut out: neither United 93 or World Trade Center received a single nom. But the much-maligned Mel Gibson did receive a nod, as his Mayan epic Apocalypto was nominated in the Foreign Language Film category.

The big party that is the Globes happens on January 15th, just eight days before the Academy Awards nominations are announced. (The Oscars will take place on February 25th). The Globes are awarded by the Hollywood Foreign Press Association, and include categories in both motion pictures and television, subdivided into comedies and dramas. They aren't a foolproof Oscar predictor (Brokeback, anyone? Ugh) but the nominations certainly narrow the field to the prime suspects. Keep it tuned here for more Oscar-focused blogs!

We Are Scientists interview coming Friday 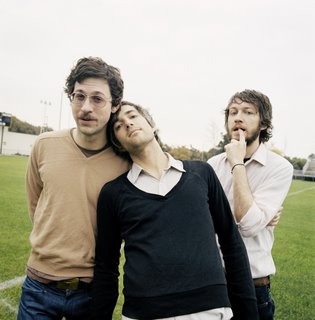 Seattle Gay News is pleased to announce We Are Scientists as the feature artist interview for this week's "Best of Music 2006" segment of our Arts & Entertainment issue.

The Brooklyn-based alt rock trio, a Best New Band nominee for this year's NME Awards, have been busy touring since the start of 2006, traveling throughout Asia, Europe, Australia and the US. They opened a series of dates for breakthrough act Arctic Monkeys. Band members Keith Murray, Chris Cain, and Michael Tapper took time from their hectic schedule to give this exclusive interview to the Seattle Gay News.

To ear-sample music by We Are Scientists, visit the band's official website at www.wearescientists.com .

Grab a copy of the Seattle Gay News on Friday, December 15 and have a chuckle with We Are Scientists, and find out what we picked as the "Best of Music 2006".


Photo of We Are Scientists, courtesy of Virgin Records.
Posted by albert from SGN at 2:53 PM No comments:

Hutcherson's back... Does he mean business?

After Tim Eyman failed to collect the necessary number of signatures to put Referendum 65 on the November 2006 ballot, Washington Won't Discriminate announced it would hang around awhile to make sure the coast was clear for our state's new law barring discrimination based on sexual orientation. Oops...

Once the limelight faded and the immediate danger to the Anderson-Murray Civil Rights Bill had passed, WWD's leadership started liquidating all its resources -- including its bank account. According to WWD Chair Anne Levinson, Equal Rights Washington and the Northwest Women's Law Center were the chief beneficiaries. Furthermore, current plans call for WWD to dissolve by the end of the year.

The result of these actions leave the community ill equipped to meet the challenge posed by arch-homophobe Rev. Ken Hutcherson. While his anti-Gay resume is well known to the region's Lesbian, Gay, Bisexual and Transgender community, his connections to the upper echelons of the Christian right-wing industry is not.

Hutcherson is a rising star in their self-made dynasty and has become a sought after lecturer, TV and radio host and author. He's well connected to national and state anti-Gay forces. So, his filing of an initiative to the Legislature on November 28th -- an attempt to strip sexual orientation and gender identity from the law against discrimination -- shouldn't be taken as an empty threat.

As much as I would like to think so, I don't believe Hutcherson is a thick-headed guy. Clearly, his latest attempt is some sort of political posturing for a potential 2007 filing. Yet -- due to the actions of WWD's leadership -- the region's LGBT community will be starting from square one while Hutcherson taps a network of right-wing churches in our state to gather signatures and solicits contributions from state and national organizations.

All we can do is trust that the board of WWD – a list that reads like a 'who's who' for the state of Washington -- know what their doing.


Here's copies of my e-mail correspondence with Anne Levinson, Chair of Washington Won't Discriminate. Levinson is also a former judge, duputy mayor of Seattle and Chairwoman of the Washington State Utilities & Transportation Commission.

Is Washington Won't Discriminate gearing up to take on Hutcherson?

What is the status of WWD at the moment? What financial and other
resources do you have on hand?

Is it important for the LGBT community to mobilize to meet this latest
challenge from Pastor Ken Hutcherson?

"Washington Won't Discriminate rolled its remaining assets into ERW and the Northwest Women's Law Center to continue their excellent work in protecting lgbt individuals in Washington state from discrimination.

The language of Rev. Hutcherson's proposed initiative is the same language they tried last spring in the second referendum they filed, but for which they did not collect signatures.  It is an effort to undermine Washington's Law Against Discrimination by removing any protections for lgbt individuals.

Rev. Hutcherson should reflect upon what many of his colleagues have come to realize across the country - true spiritual leaders use their voices to have a positive impact on humanity by helping eliminate poverty, suffering, and environmental degradation, not by creating false conflicts between human beings in divisive and mean-spirited ways.

The Washington Law Against Discrimination is a basic law that has been on the books in our state since 1949.  It protects people from being fired or denied housing based on race, religion, gender, disability and other factors.  All the Legislature did last year was to update it to include sexual orientation.  Surely Rev.Hutcherson can find better things to do with his time and money than to try to return us to the day when these protections did not exist."

What is the legal status of WWD. Are you still chair?


Yes, we'll formerly wrap up the committee at year end.

Posted by Anonymous at 6:22 PM No comments: 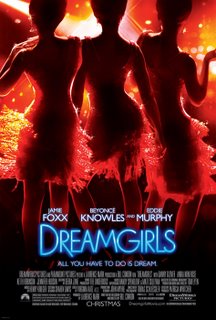 Didn't score a free movie pass to the Dreamgirls advance screening a few weeks ago?

No worries. We've got more.

Pick up a copy of the Seattle Gay News on Friday, December 15 and we'll tell you where and when you can pick up a free pass to see Dreamgirls before it hits the theaters. The film, starring Beyonce, Eddie Murphy, Jamie Foxx, and Jennifer Hudson, is already receiving rave reviews. Watch the trailer to the movie here: http://youtube.com/watch?v=4irEMGUMNtI


Photo of Dreamgirls, courtesy of Dreamworks Pictures.
Posted by albert from SGN at 3:43 PM No comments: