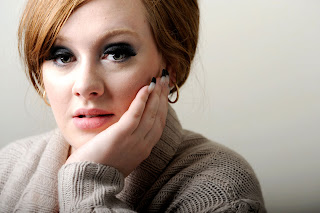 Seattle Gay News, the third longest-running gay weekly in the country that features original music content 52 weeks a year, chose Adele's "Rolling in the Deep" as the Best Single and The Black Keys' El Camino as Best Album, as part of its "Best of Music 2011" spread on December 16.

The "Best of Music 2011" special issue also included an exclusive interview with Young The Giant and picks for the year's best live performances, hottest artists and worst music. You can access this edition by going to http://www.sgn.org/ and clicking on the "December 16" archive.

The top ten lists for Singles and Albums, in order, appear below.

Enter to win "The Descendants" free tickets at Purr 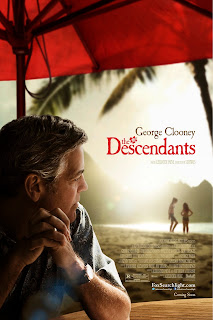 Dreaming of Hawaii? Dreaming of George Clooney?
Both of them star in the Golden Globe and Screen Actors Guild-nominated film "The Descendants", now showing in theaters.
Seattle Gay News is giving away a limited amount of free passes to any showing (Seattle area only) of the movie, during its theatrical run. All you have to do is enter in-person at Purr Cocktail Lounge (1518 11th Avenue) and look for "The Descendants" box at the front counter. Just put your business card in the box and you're entered. Contest runs through December 18.
Winners will also receive a Hawaiian bracelet in addition to the pass. If the film, featuring a soundtrack of authentic Hawaiian music by Hawaiian artists, should inspire you to make a dash to the islands, visit http://www.gohawaii.com/ to start planning your trip.
Posted by albert from SGN at 9:48 PM No comments: 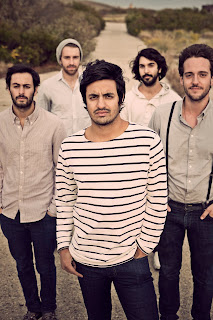 It's that time of the year.
Seattle Gay News will reveal its picks for the "Best of Music 2011" in our new issue, out in print today and going online over the weekend. Our choices for the year's best albums, singles, live performances and hottest artists are included in this special feature.
Our "Best of Music 2011" spread also includes an exclusive interview with Young The Giant, a Southern California rock band who performed on the MTV VMAs telecast in September and will embark on a headlining tour in the winter/spring of 2012 with some dates already sold out. The group's drummer Francois Comtois tells us where he'll be for New Year's Eve, what he wants for Christmas, how he sizes up the past twelve months, and his personal thoughts on gay marriage.
Watch the video for Young The Giant's single "Cough Syrup" here: http://www.youtube.com/watch?v=UAsTlnjvetI&ob=av2
Join us in celebrating the year that was in music, by picking up a copy or reading it online this weekend at http://www.sgn.org/.
Posted by albert from SGN at 2:25 PM No comments: 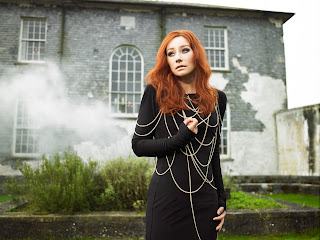 Inspiring. Sweet. Real.
These are three words we'd use to describe Tori Amos. The eclectic music diva recently spoke to Seattle Gay News, her second time going one-on-one with us, and she had strong, meaningful words to say about gay marriage, bullying, national politics, and her long connection with gay male fans.
Our interview with Amos prints in the December 9 issue, available tomorrow in print throughout metro Seattle and online at http://www.sgn.org/ this weekend. Amos performs live at the Moore Theatre on Wednesday, December 14.
Photo courtesy of Deutsche-Grammophone.
Posted by albert from SGN at 10:57 AM No comments: