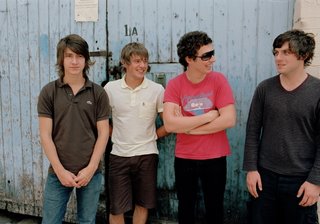 What were the best albums of the year?
What singles stood out in the past twelve months?
What concerts truly out-performed the others from January through December?
Who were the hottest artists that rocked in 2006?
And, what tunes were so bad they nearly had us puking?

Find out on December 15, when Seattle Gay News selects the "Best of Music 2006". Celebrate the year that was with us!


Photo of Arctic Monkeys, courtesy of Domino Records.
Posted by albert from SGN at 6:36 PM No comments: 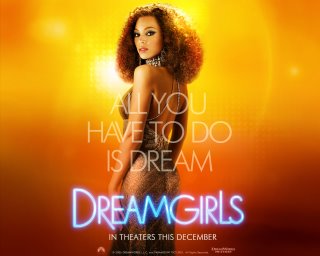 Seattle Gay News has a very limited amount of invitations for a sneak preview of the Broadway musical-turned-feature film Dreamgirls , starring Beyonce, Eddie Murphy and Jennifer Hudson (of "American Idol").

Each invite allows you and guest into a sneak preview of the film on Wednesday, November 15, in downtown Seattle. The film opens on Christmas Day.

To receive an invite, send an email to sgnfilms@yahoo.com with your first and last name, and your mailing address. Seattle Gay News will personally add your name to the guest list and will mail you a hard copy of the invite to take with you to the screening.

From us to you, enjoy the show!

Photo of Dreamgirls, courtesy of Paramount Pictures.
Posted by albert from SGN at 6:38 PM No comments: 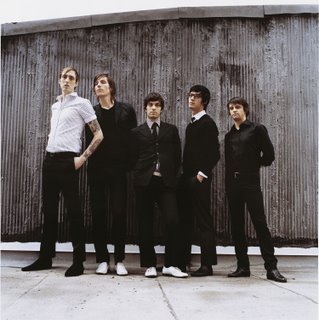 Seattle Gay News is proud to feature an exclusive interview with Daryl Palumbo of the rock band Head Automatica in our upcoming November 10 issue.

Palumbo, the punk-pop quintet's lead vocalist, tells Seattle Gay News in the interview that he approves of gay marriage. "If you're gay and you're in love with a man, who the fuck am I to tell you that you can't marry him? If I fell in love with a boy, I'd fucking marry him!", states Palumbo.

Further on, Palumbo admits to have plenty of gay friends who've taken the opportunity to hit on him, yet none have been successful in their quest. Palumbo, and his fellow band mates remain straight. However, that didn't stop Head Automatica from including a gay scene in their music video for the single "Graduation Day". Watch it here: http://youtube.com/watch?v=9fZEyHb5VhM

Pick up a copy of the Seattle Gay News tomorrow evening at various Seattle metro locations, including major college campuses, or log onto our website on Sunday afternoon for the complete edition, and read the entire interview with Head Automatica's Daryl Palumbo in "The Music Lounge" column.

Support a band who supports our community by purchasing a copy of Head Automatica's Popaganda, featuring "Graduation Day" and "Nowhere Fast", and if you live in Seattle, get tickets to see Head Automatica live at The Fenix on Sunday, November 19. They'll perform as part of MTV2's "$2 Bill Series" with 30 Seconds to Mars, fronted by actor Jared Leto. Ticket information is available here: http://ticketswest.rdln.com/EventDetails.aspx?evt=50543


Photo of Head Automatica, courtesy of Warner Bros. Records.
Posted by albert from SGN at 1:00 PM No comments: