The blog, Pam's House Blend, has taken aim at Republican Attorney General Rob McKenna for his support of anti-Gay candidates. She makes a compelling argument in each endorsement about why McKenna should have known better.

Washington State's Republican Attorney General Rob McKenna likes to portray himself as a moderate, as noted recently. That false image was shattered when he endorsed numerous virulently anti-gay candidates in the 2010 elections.

As if to reinforce the point that he is ardently anti-gay, on Friday Mr. McKenna posted an email asking supporters to do ballot rehab for two outspokenly anti-gay candidates Vincent Buys and Hans Zeiger.

See SGN reporting on Zeiger here, here and here. He currently leads by 40 votes in the race against incumbent Democrat Dawn Morrell in the 25 LD, Pos. 2, race.

Always genteel, Washington State's Republican Attorney General Rob McKenna likes to portray himself as a moderate. Being relatively new to Washington, I only started to think about Mr. McKenna's political positioning recently as LGBT friends & allies started mentioning that they had spotted him at this or that event. Delighted at the prospect of a Republican Attorney General (or even future Governor) who is good on LGBT issues, I went into due diligence mode and looked over the public record. What I discovered was that Mr. McKenna may play the moderate, but his own history and his endorsement of a bevvy of virulently anti-gay candidates this election tell a very different story.

With an eye on the Governor's mansion in 2012, McKenna has crafted a public persona gauged to appear inoffensive on social issues. This is necessary for any Republican running for statewide office because although Washington is closely divided along party lines, the electorate has proven itself to be fair-minded on issues like a woman's right to choose, the right of terminally ill people to choose to die with dignity, and civil equality for lesbian, gay, bisexual and transgender (LGBT) families.

Posted by Anonymous at 3:36 AM No comments: 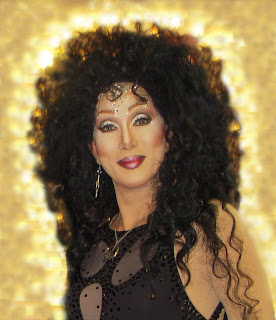 It could be either be a holiday smash or an actual turkey, but it promises to be entertaining. Burlesque, starring Oscar champ Cher and multi-Grammy winner Christina Aguilera, opens on Thanksgiving Day, though Seattle Gay News has free passes to an advance screening of the movie to give away this weekend at Neighbours (http://www.neighboursnightclub.com/).

Free passes, admitting two persons each, will be handed out on Saturday night, during "Powermix" with DJ Randy Schlager and special guest Smokie (pictured here), a well-known Cher impersonator. More passes will be given away tomorrow evening during the Sisters of Perpetual Indulgence performance, beginning around 7pm.

Happy strutting!
Posted by albert from SGN at 4:47 PM 1 comment: 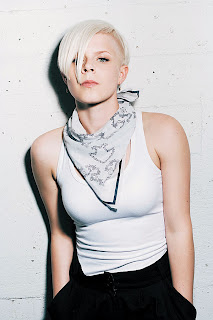 Meet her before you see her.

Or, if you don't have tickets to Robyn's sold out concert on November 21 this is your one chance to do both.

The Grammy-nominated electronic artist has confirmed a free in-store performance at Easy Street Records (http://www.easystreetonline.com/) on the evening before her Neumos gig, scheduled to play a brief set of songs, perhaps from her newest effort Body Talk Pt. 2, and then she'll autograph CD copies shortly afterward (Queen Anne location).

Stay glued to Seattle Gay News for all things Robyn!
Posted by albert from SGN at 2:39 PM No comments:

He was praised for both his activism for the LGBT community and the the honorable way in which he lives his life with his husband, Michael, and their three adopted children. In addition to serving as cantor at Temple B'nai Torah, Serkin-Poole co-founded Sha'arei Tikvah, a Jewish Family Service project that provides a variety of Jewish holiday programing to people with developmental disabilities.

He told the attendees that he was honored to get the award, which is named in honor of the first openly Gay member of the Washington State Legislature and a personal friend. "I accept this award because Call Anderson was my friend," he said. "During the last dinner we had together, he criticized himself for not doing enough [but he was wrong]"

Hans Zeiger, the Republican candidate in the race for the 25th Legislative District (Position Two), can’t shake the controversy regarding his blog posts and articles which take aim at progressive organizations, women and minority groups alike.

The SGN this week reviewed an interview originally aired on Penn & Teller’s show, Bullshit, on April 3, 2006, which shows the candidate making homophobic statements. Although the bulk of the writings were made in 2003 and 2004, the TV interview is likely to have been more recent.

See the remarks for yourself:

The camera recorded every word in which Zeiger said that Gays were more likely to molest boys; same-sex families would “destroy the very foundations of our civilization;” and that the Boy Scouts had “high moral standard[s]” for banning Gays from membership.

Same-sex families: “The family is a certain way and a family includes a mother and a father. It includes children. To move beyond that model is so revolutionary that it is to pluck-up and to destroy the very foundations of our civilization.”

Pedophilia: “As the homosexual movement became much more entrenched in the American culture – starting in the late 60’s -- it really became an opportunity for the pedophiles to make a mass assault on the Boy Scouts. The statistics show that homosexuals are far out in proportion represented in engaging in pedophilia.”

Read the full article in this weeks edition of the Seattle Gay News, which is available in print or online at www.sgn.org.
Posted by Anonymous at 11:00 AM 5 comments:

State Rep. Dave Upthegrove celebrated his reelection to the 33rd Legislative District with supporters at The Westin in Seattle on Tuesday night. Upthegrove told the SGN that his sexual orientation was a non-issue to the bulk of voters in his diverse suburban district, which includes Sea-Tac, Des Moines, Normandy Park and large parts of Kent.
Published with Blogger-droid v1.6.4
Posted by Anonymous at 11:37 PM 1 comment:

The margin of victory was wide for State Senator Joe McDermott who will now take a seat on the nine member King County Council. The openly Gay councilmember-elect was well aware of the history making moment saying that he looks forward to representing the interests of the LGBT community and the people of the 8th District.
Published with Blogger-droid v1.6.4
Posted by Anonymous at 9:59 PM No comments: