Macklemore + "Best of Music 2012" in this week's Seattle Gay News 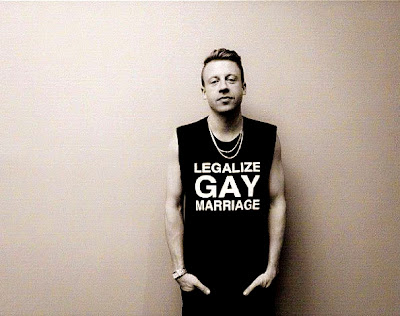 The end of the world didn't happen, after all.  But the end of the year is inevitable.  This means one thing, it's time for Seattle Gay News to present its usual round-up of the year's top picks in musical entertainment.

Our "Best of Music 2012" issue prints today with local distribution throughout Seattle, and will go online this weekend at http://www.sgn.org/. Joining us for this special year-end music spread is Macklemore, who shares with us his personal favorite album of 2012, his holiday plans, his reaction to gay marriage passage in Washington State, and he also chimes in on that all-too-important local foodie war, Top Pot Doughnut vs. Cupcake Royale.

Macklemore, who appeared on the Ellen show with fellow collaborator Ryan Lewis and featured vocalist Mary Lambert, has been selling out concerts around the country, and will soon perform in Hawaii, Australia and New Zealand.  His album, The Heist, debuted at #2 on Billboard's 200 Albums chart and at #1 on iTunes' albums chart a few months ago.

Grab a copy of Seattle Gay News this weekend to find out what we picked for the "Best of Music 2012", and read our exclusive interview with hometown hip-hop star Macklemore.
Posted by albert from SGN at 1:50 PM